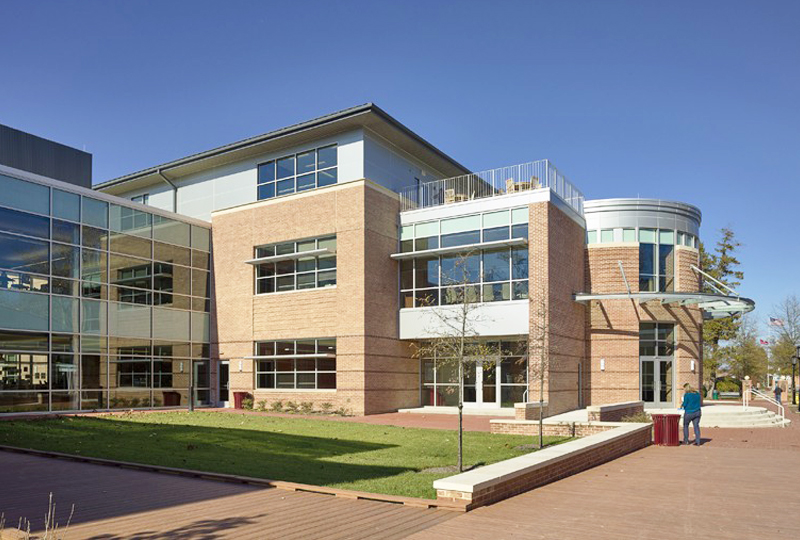 The Severn School plans to start construction soon on a new gym and fitness center with help from a $5 million gift – the largest in the school’s history – from a Baltimore-based developer.

A charitable foundation set up by Edward A. St. John, founder and CEO of St. John Properties Inc., announced the gift to the private middle and high school yesterday.

Construction on the $10 million Edward St. John Athletic Center, which will feature a multipurpose field house with two basketball courts, could begin as early as this summer, said Kristyn Kuhn, a spokeswoman for the school.
Visitors to athletic events will pass through new reception and concession areas and students will work out in a fitness and conditioning center with training and rehabilitation facilities, Kuhn said.

The structure will include community meeting rooms and an athletic hall of fame, which will showcase trophies and banners from decades of Severn victories, Kuhn said.

The building that houses the school’s free weights, Woods Hall, will be torn down to make way for the new structure. The school’s gym, built in 1963, will be renovated and joined to the new fitness center, Kuhn said.

“The existing gym was built for the time when we were still a single-sex boarding school,” Kuhn said. “It’s a small facility, and it’s old.”

More than 580 boys and girls in grades six through 12 are enrolled in the Severn School and participate in 13 junior varsity, varsity and non-competitive sports, including lacrosse, tennis, golf, sailing and field hockey.

“Almost every student who goes to school here is involved in sports,” said athletic director Charles R. “Tank” Duckett. He said that there are not enough lockers for all student athletes or office space for the five athletic staff members and 93 coaches.

“The school is in desperate need,” Duckett said, adding that the improved facilities will provide more opportunities for female athletes.

Founded in 1914 to prepare students for the Naval Academy, Severn accepted its first female students in 1971.

Construction is expected to be completed in 2008, Duckett said. “We’ll probably have the best athletic facilities in the county,” he said.

He hopes to add wrestling, volleyball and more intramural sports to the athletic program.

When school officials approached St. John, who recently moved 10 minutes away from its Severna Park campus off Baltimore Annapolis Boulevard, he was eager to help the school develop athletic facilities on a par with those of other private schools in the Baltimore area, said Jerry Wit, a spokesman for St. John Properties.

Although neither he nor his children are graduates of the school, St. John believes in the Severn’s mission, said Christina Bregenzer, a member of the foundation’s charitable giving committee.

“Typically, our foundation does concentrate on the inner city and children from underprivileged backgrounds, but Ed also believes in supporting formal education,” Bregenzer said.

In the past few years, St. John has made major gifts to the Maryland Science Center, which renamed its IMAX theater and dinosaur hall in honor of him, and to the Johns Hopkins University School of Professional Studies in Business and Education, which created the Edward St. John Department of Real Estate.

St. John’s company, which was formerly known as MIE Properties Inc., manages and has developed more than 12 million square feet of property in five states, including Maryland.