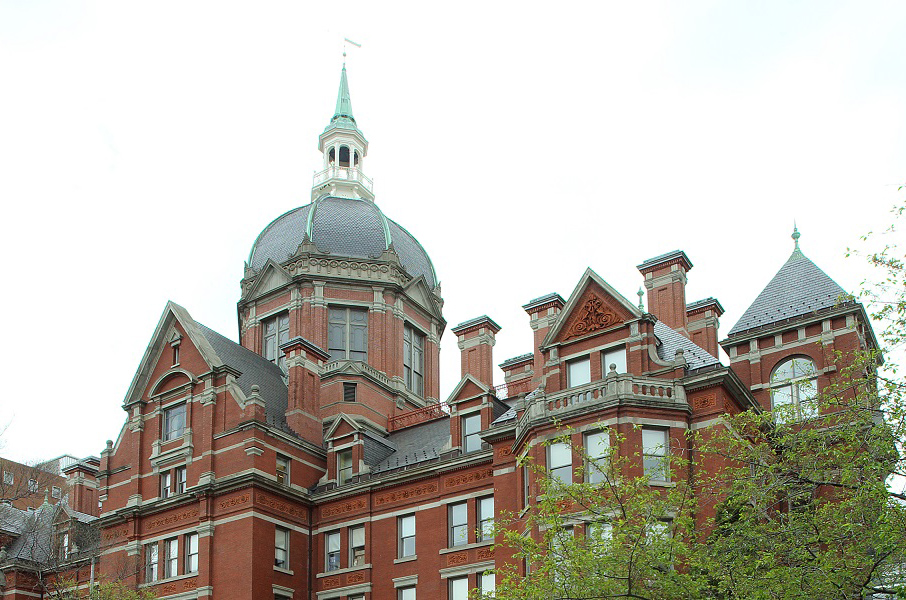 Edward St. John, founder and chairman of St. John Properties, Inc., one of the Mid-Atlantic region’s largest and most successful privately held commercial real estate firms, always had a lower-than-average heart rate at 50 beats per minute. It could even drop to as low as 40 beats per minute with concentration. So when his resting heart rate began to periodically double, he took note.

“When I turned 70, of course you get birthday cards,” he says, “but my ‘present’ was Atrial Fibrillation.”

Atrial Fibrillation, also called AFib, is the most commonly treated type of arrhythmia. Though not fatal, patients can experience a range of side effects from palpitations and fatigue to more serious heart conditions. It is also a difficult condition to cure, with the most efficient form of treatment being catheter ablations, which cauterize spots in the heart believed to trigger AFib.

St. John’s only symptom was the irregular heartbeats, but he took a friend’s advice and went to Johns Hopkins where he came under the care of Dr. Hugh Calkins, Director of the Arrhythmia Service and Electrophysiology Laboratory.

St. John then began to see Calkins’ mentee, Dr. David Spragg, for his second and third ablation, and for cardioversions, which use electric currents to aid in regulating a heartbeat. During that time, he got to know Spragg’s work as an electrophysiologist and his research on increasing the safety and efficacy of AFib ablations.

“We were talking about the fact that he really wanted to do more research, but that much of his time was taken up with paperwork and administrative tasks,” St. John said. “So, I asked, what can I do for you that would help?”

Philanthropy is second nature to St. John — the Edward St. John Foundation has transformed countless lives in Maryland through his support of education. Starting in 2014, he made personal gifts to Johns Hopkins that not only supported the administrative side of Spragg’s work, but also made it possible for him to hire research fellows and to devote time to building cross-disciplinary collaborations across Hopkins. The gifts have allowed Spragg’s career to take off in a way never before possible due to the capacity it has given him to conduct AFib research on his own terms.

“For me to be able to help Hopkins and the AFib group here, and to work with my mentor to broaden and deepen the kind of research that we’re doing has been fantastic,” Spragg says. “I’m lucky to have met Mr. St. John and really have the utmost admiration for him.”

St. John continued to meet with Spragg until 2018, when both patient and doctor agreed that it was possible for St. John to go about his daily life without the support of ongoing cardioversions.

“AFib doesn’t physically affect me in any way,” says St. John, who works out regularly and still skis the black diamond slopes at Aspen. “But many people are affected where they faint or don’t have any strength. It really affects their quality of life.”

In order to provide continuous support to improve the lives of those with AFib, St. John recently endowed the Edward St. John Professorship in Cardiology with Spragg as its inaugural recipient.

“Dr. Spragg is a caring practitioner and a cutting edge researcher who is working to identify new life-saving and life-altering techniques and technology that will have a significant impact for many individuals,” said St. John.

The position has already given Spragg the ability to devote more time to prospective clinical trials, including one in collaboration with the Johns Hopkins biomedical engineering department where MRI scans are used to make computer models of patients’ hearts. Spragg hopes that by running studies on these models, he can more accurately identify the exact spots that are responsible for persistent AFib, leading to more successful ablations.

“Mr. St. John’s devotion to education and to other projects is just unbelievable,” Spragg says. “I hope it inspires others to realize how changing and lasting it can be for someone’s career and for science, in general, to gift this kind of support.”