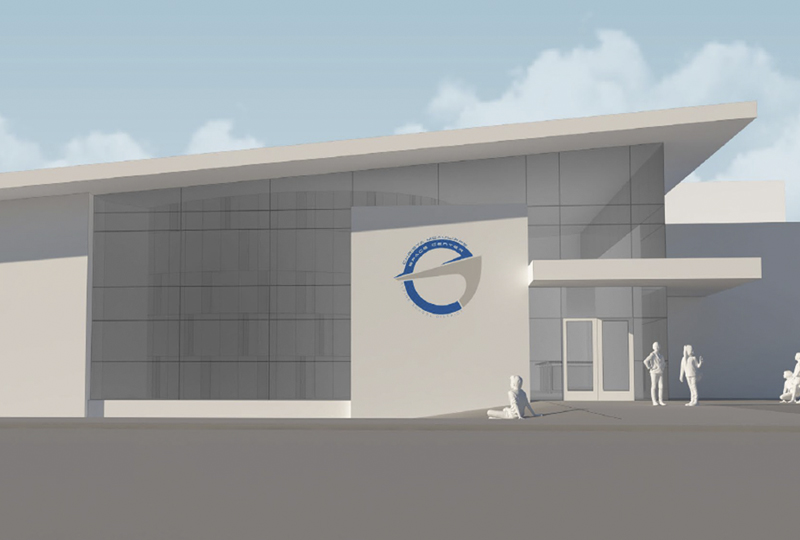 PLEASANT GROVE, Utah (December 17, 2018) — Today, the Edward St. John Foundation and Alpine School District (ASD) announced a $1 million commitment from the Edward St. John Foundation toward the construction of a state of the art Space Center and Planetarium in Utah Valley. The new facility will be located on the Central Elementary School Campus in Pleasant Grove and represents the priority project for ASD.

The new Space Center is set to break ground in March 2019 on the Central Elementary School campus in Pleasant Grove, with completion expected in the Fall of 2020. The Center will include a 40-foot planetarium dome, astronaut seating, surround sound, advanced theater lighting, upgraded workstations and network backbone, theater projection systems, and six state-of-the-art starship simulators. The facility will also include flex space for future programs.

The commitment is part of a four-year pledge in which the Foundation will match dollar-for-dollar funds raised by the Alpine School District. The overall fundraising goal for the project is $4 million to replace and expand its popular Space Center in Pleasant Grove.

“We are thrilled to help launch this exciting project that is sure to fire the imaginations of young people for science and space exploration,” states Sharon Akers, President of the Edward St. John Foundation. “Pleasant Grove is a high growth center for Utah, which makes it the perfect location to serve students throughout the valley.”

“The District and the tens of thousands of students it serves can look forward to a tremendous resource for learning and fun through this generous gift by the Edward St. John Foundation,” states Rob Smith, Assistant Superintendent for Alpine School District. “Generous partners like the Edward St. John Foundation play a key role in meeting the financial challenges in what is now Utah’s largest school district. We look forward to other organizations joining us in this season of giving.”

“The successful NASA InSight landing on Mars has rekindled the excitement around space exploration and its benefits for bettering lives on Earth,” states John Curtis, U.S. Congress. “Our state’s students and scientists have contributed greatly to scientific space discovery that advances the fields of Science, Technology, Engineering and Math (STEM). This new Space Center will further prepare tomorrow’s scientists to contribute to a bright future.”

About the Edward St. John Foundation

The Edward St. John Foundation provides financial assistance to formal education programs through the high school level. Our mission is based on the strong belief that “education has the power to transform lives and strengthen communities,” primarily focused on school-related programs.