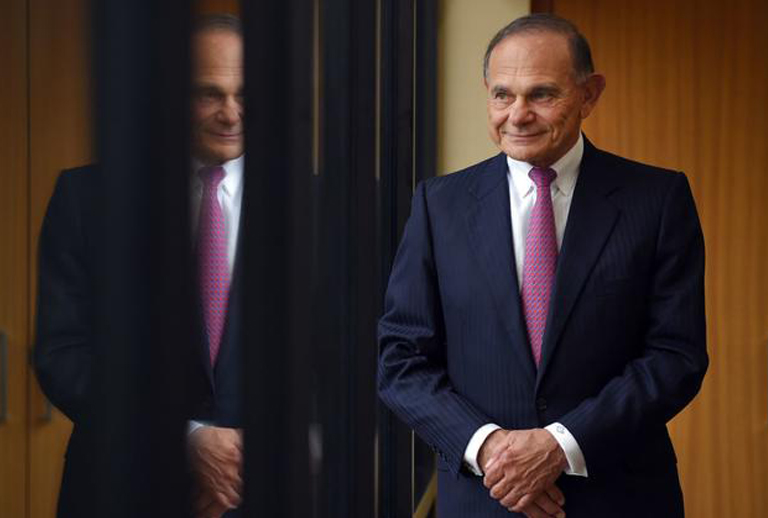 The Baltimore Sun  |  Editorial Board

When Edward St. John was about to finish college, his mother gave him an ultimatum: Come home to run the business his late father built, or she would sell.

That wasn’t what Mr. St. John had in mind. He had studied electrical engineering at the University of Maryland because he wanted to be a test pilot, and he knew that was the surest way to accomplish it. But he hashed things out with some fraternity brothers over a few beers, and he decided to take over the company. Much as he might joke about whether the Air Force might have been the better choice, it’s hard to imagine Mr. St. John doing anything else.

What he inherited were actually three small businesses — a company that manufactured building materials, a company that distributed them, and another that owned five, 10,000 square foot commercial buildings. The manufacturing and distribution bored him, Mr. St. John says, but the buildings — or, more specifically, the people who rented them — interested him.

Leasing the buildings and working with the tenants was something he had done alongside his father and found rewarding. But there was a small detail standing between him and a career developing real estate: He didn’t know how to build.

Mr. St. John struck up a partnership with a fledgling (and at that point not particularly successful) home builder named Leroy Merritt, who had been a client of his father’s distribution business. “He learned how to build, and I learned how to make money,” Merritt said before his death in 2010. It was a good exchange. From a single 16,000 square-foot warehouse in southwest Baltimore, they created two real estate empires. Before they went their separate ways five years later, they had built 500,000 square feet of commercial buildings and 150 apartments. Now, St. John Properties owns more than 19 million square feet across eight states.

There were two keys to Mr. St. John’s success. First, thanks to his years working alongside his father and helping to lease the family’s properties after his death, Mr. St. John knew what leased and what didn’t. (Back then, it was a simple box, 30 feet wide and 60 feet deep, and it rented for $2 per square foot per year.) And he understood where he could add value. Eventually, he got out of the warehouse business — “you are leasing dry air … they don’t care what the building looks like” — and into higher end office, flex-space and residential buildings where a commitment to service made the difference.

“I always tell my employees, the tenants are the people who pay your paycheck,” Mr. St. John says. “Our tenants will pay a little more for great service.”

Twenty years ago, he established the Edward St. John Foundation, focusing his charitable efforts on meeting the educational needs of children. The charity, which has made more than $68 million in contributions, has helped further the mission of the Maryland Science Center and public and private educational institutions throughout the region.

Among Mr. St. John’s most notable contributions was a $10 million gift to his alma mater, the University of Maryland, to support the construction of the Edward St. John Teaching and Learning Center. The building, which opened last year, has been hailed as a model for high-tech, student-centered teaching and learning. Mr. St. John told the Diamondback, UM’s student newspaper, that he wanted it to be an antidote to the kind of lecture halls he experienced as an undergraduate that tended to put students (himself included) to sleep. He succeeded. Anya Galli Robertson, a sociology doctoral student, told the Chronicle of Higher Education that the architecture and technology of the classrooms revolutionized her teaching.

“This classroom, compared to the sort of 1995 Toyota Corolla that I was teaching in, is a Tesla,” she said.

Among his most visible contributions in Baltimore have stemmed from his support of the Maryland Science Center, both as a donor and as a board member, adviser and champion. Without his support — financially and otherwise — the science center might not have emerged from the great recession, President and CEO Mark J. Potter says.

“That’s how important Ed is to us,” Mr. Potter says. “He’s always recognized the science center as an educational institution and not an attraction. He’s so supportive in his understanding of that and getting others to understand that.”

Mr. St. John did give up the chairmanship of his foundation several years ago — he tended to give away more money than he was supposed to — but he’s not about to step away from the real estate business.

“I’m never retiring,” he says. “Why would I? I don’t work. I play Monopoly with real buildings and real money. Why hang around with a bunch of old guys and play golf? I sit around with young guys and play real Monopoly.”